Hey everyone! I attached the PR announcement for another anti-bullying event I will be speaking at. All the details are listed below.  Hope you can join us!

Contact: Cynthia Hudson Email: cjhudson22@aim.com
Telephone: 603-320-0552
Fax: 603-886-0758
As the community is well aware, bullying still affects thousands of children and teens today. As an ongoing awareness, Mystique Model and Talent Management has teamed up with a group of local designers and Splash Ultra Lounge for a fundraiser on June 23rd, 2012. to benefit a NO BULLY ZONE. The event will take place 7:30 pm- 10:30 pm at Splash Ultra lounge at 150 Kneeland Street in Boston, MA.
We will honor three people who have set out to make it their business to put a stop to bullying. They are drawing from their own personal experiences to become leaders in this initiative.
Our first honoree is Shane Graham. Shane is a 14 year old boy from Lowell, MA who has been featured in local newspapers and TV shows. He has been honored by the Mayor of the City of Lowell and members of Congress for his NO BULLY ZONE and for his tireless efforts.
Our second honoree is Jennifer Ferris. Jennifer is Ms. New York International 2012. Jennifer is proud to be the New York co-director for Bully Police USA which is a program that is urging lawmakers to adopt anti-bullying legislation to protect children. Bully Police USA also educates the public about prevention and how to take a stand to stop bullying. Jennifer also enjoys being a national spokesperson for NAMI ( National Awareness Mental Illness) working towards improving forces and resources for those suffering with mental illness and their families through education, advocacy and support.
Meredith Prunty is our third honoree. A native of Boston, Meredith is an actress and anti-bully advocate. She won global recognition for her poignant performance in Michael and Marisa’s anti-bully music video “The Same.” Appearing on sites such as Yahoo!kids and PBSGoKids, “The Same” music video launched Meredith’s acting career. Meredith was so touched by playing the one being bullied that she made it her mission to speak out about bullying at every opportunity. She has had several TV, magazine and newspaper interviews, where Meredith speaks about the need to spread awareness about bullying. Meredith has a large fan base that continues to grow as people follow her anti-bullying activities.
Food and location is being donated by Splash Ultra Lounge. Also joining in the festivities will be Mystique Model and Talent Management models and designers such as Suki Jones, Julie Kontos, Eileen Apelian, Isabel Lopez and Lindsay Lee, who will also be donating their time. This can’t help but be an enjoyable evening.
Please come out and take a stand to make a difference on Saturday June 23, 2012 at 7:30 pm to Splash Ultra Lounge- 150 Kneeland Street – Boston, MA. All proceeds will be split amongst these campaigns. Tickets can be purchased at http://nobullyzonesummersplash.eventbrite.com
We look forward to working with you and making a difference. 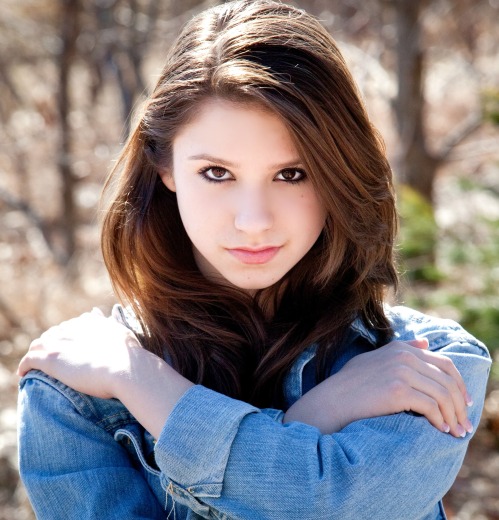 I received word that the news video that HCAM (Local Boston Station – Hopkinton) did on me was one of the top 5 watched videos for all of 2011! This is amazing news and I appreciate everyone being interested in my career as an actress, student, cheerleader, volunteer and anti-bully advocate. Click on the picture below and it will bring you to the news article. 🙂

Summary of the HCAM Top Five most watched videos can be found here:

Filed under Acting, Brasov, Bullying, Just being me!