So, on Saturday, May 12th I attended an open casting call for the new Adam Sandler movie, Grown Ups 2. This casting was much different that I have previously experienced, because this was my first casting call since I joined the Union, also known as Screen Actors Guild. The difference is outstanding. No more waiting for and hour just to get through the door 🙂 Although the lines were efficient for both Union and Non-Union, it made for a quick in and out. The Casting agency, Sande Alessi is one of the largest, most respected agency’s in the world, and they supplied very informative emails and posts with their Facebook page. In addition, I was able to meet up with respected actors and actresses who definitely know how to have a good time! I also got to meet the head of casting in Boston Kristen Berona who was very nice – she went to the same University as my Mom (USC)! It was also a great opportunity to share the time with both my mother and my grandmother, who happen to be Union as well. I really hope that I have what they are looking for in this production, because working with Adam Sandler is an honor. Last time I was on the set with him, he was very friendly and made a point to connect with the background actors. It’s nice to have such a well-known and respected actor/producer give up the LA sunshine, to work here in New England. 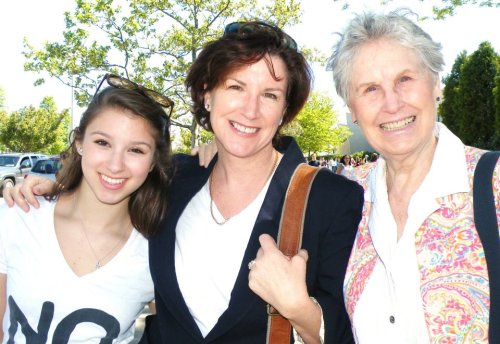